The following is from the Office of Governor Kathy Hochul.

Governor Kathy Hochul today announced the release of New York's third competitive offshore wind solicitation, seeking enough clean, renewable energy to power at least 1.5 million New York homes. The procurement, administered by the New York State Energy Research and Development Authority, includes the first phase of the nation-leading $500 million investment in offshore wind ports, manufacturing, and supply chain infrastructure as announced in the Governor's 2022 State of the State. Today's announcement builds on a series of significant offshore wind developments for the State in 2022, including the groundbreaking of New York's first offshore wind project, and is a critical next step toward achieving New York's Climate Leadership and Community Protection Act (Climate Act) goal to develop 9,000 megawatts of offshore wind by 2035.

"New York is proud to continue leading the way in offshore wind development while establishing a blueprint for building a locally-based green economy," Governor Hochul said. "Today we are putting words into action and making it clear that New York State is the national hub of the offshore wind industry. The clean energy transition is driving significant private investment and family-sustaining jobs in communities across the state, and we are setting ourselves up for success with a brighter and more sustainable future."

New York State Energy Research and Development President and CEO Doreen M. Harris said, "Releasing our third offshore wind solicitation provides a further opportunity to revolutionize our economy and continue to build a thriving offshore wind industry right here in New York as we continue to grow our nation-leading renewable energy project pipeline. We continue to prioritize a transition that is cost-effective, environmentally responsible, and benefits all New Yorkers - and we look forward to partnering with project developers who share those same goals."

New York State Department of Labor Commissioner Roberta Reardon said, "I applaud Governor Hochul for energizing our bold, nation-leading expansion of New York State's clean energy sector. By placing a priority on prevailing wage and labor agreements, we are creating strong career opportunities for New Yorkers statewide and remaining true to our commitment of a responsible and just transition."

As the nation's leading hub for offshore wind, New York State is seeking to procure at least 2,000 megawatts of offshore wind energy through a diverse set of project proposals while leveraging public and private capital to build a robust supply chain. In addition to the first phase of the State's $500 million investment in ports, manufacturing and supply chain infrastructure, additional notable provisions within the solicitation include:

Interested proposers can apply on NYSERDA's offshore wind solicitation page. Proposals are due on December 22, 2022, by 3:00 p.m. A webinar will be held on August 23, 2022, at 10:00 a.m. to provide more information on this solicitation. Those interested in the webinar can sign up here, and are encouraged to register and submit questions in advance to offshorewind@nyserda.ny.gov.

To ensure that the procurement advances New York's offshore wind goals in a thoughtful, cost-effective, and environmentally responsible manner to the benefit of all New Yorkers, a draft version of this solicitation was released for public comment in March 2022 and a follow-up Request for Information in May 2022, with over 1,300 comments received. NYSERDA has incorporated the feedback received into the solicitation.

State Senator Kevin Parker said, "Offshore wind development is vital to building a clean-energy economy and combating climate change. Today's announcement is an exciting and critical step toward reducing our state's reliance on fossil fuels and reaching the goals set forth in the Climate Leadership and Community Protection Act. Offshore wind development will continue to strengthen New York's economy by bringing well-paying jobs to communities that need them most. I applaud Governor Hochul and NYSERDA for continuing to move New York's green economy forward and supporting renewable energy opportunities."

Assemblymember Michael Cusick said, "Offshore wind power is critical as we work to achieve our state's ambitious energy goals. Our continued investment in offshore wind development will continue to drive our energy grid forward as we transition to the clean energy grid of the future. Today's announcement demonstrates New York State's continued commitment to achieving our ambitious goals and to providing clean and reliable energy to all New Yorkers."

Assemblymember Steve Englebright said, "New York States Climate law establishes aggressive, legally binding targets to transition New York's economy from fossil fuels to renewables. The law requires New York to reduce economy-wide greenhouse gas emissions 40 percent by 2030 and no less than 85 percent by 2050. Offshore wind on Long Island is critical component to meet these requirements. In addition to producing clean power it is anticipated that this solicitation will be a catalyst to grow the Long Island based supply chain, port infrastructure, and support local job development on Long Island. I applaud Governor Hochul's vision and determination to advance and enhance New York's renewable wind energy portfolio."

Climate & Clean Energy Program, Natural Resources Defense Council, Managing Director Kit Kennedy said, "Offshore wind plays an important role when it comes to New York implementing its ambitious climate and clean energy legislation — the Climate Leadership and Community Protection Act. With an increasing number of offshore wind projects receiving contracts, New York is well on its way to ensuring that 70 percent of the state's electricity will come from renewable resources by 2030. Renewable offshore wind energy helps to reduce dangerous greenhouse gas emissions and provides thousands of well-paying clean energy jobs — but it must be done in a smart way that protects our valuable and vulnerable ocean life."

Building and Construction Trades Council of Greater New York President Gary LaBarbera, said, "Investing in offshore wind infrastructure has played a crucial role in New York becoming a global leader in renewable energy, while also creating thousands of middle-class careers with benefits for our state's hardworking people. More than ever before, we need to continue funding clean energy initiatives that combat climate change and create opportunity and stability for the tradesmen and tradeswomen who are fundamental in achieving these energy-efficiency goals. We applaud NYSERDA and Governor Hochul for once again spearheading these projects that will not only set New York apart in wind energy creation, but also provide sustainable and fulfilling job opportunities for our workforce."

Citizens Campaign for the Environment Executive Director Adrienne Esposito said, "Procurement of an additional 2,000 megawatts of offshore wind will continue New York's path as a national leader in the fight against climate change. New York and Long Island are on the front lines of the climate crisis, sea level rise, torrential rain storms, hurricanes and flooding have devastated our coastal communities. Offshore wind is one of our most critical tools we have to fight climate change and the time to act is now. Transitioning away from fossil fuels is one of the greatest legacies we can leave the next generation. We commend NYSERDA and Governor Hochul for working aggressively to implement the state's climate law and support the growing offshore wind industry in New York."

UPROSE Executive Director Elizabeth Yeampierre said, "As climate justice advocates who have worked for two decades to bring offshore wind to New York City's largest industrial waterfront, we are excited for this solicitation to make significant progress in ensuring offshore wind development is an opportunity to center historically marginalized communities that can model a true Just Transition and model for the nation. Environmental justice communities have been the reluctant hosts of polluting fossil fuel infrastructure for generations, and must be prioritized for clean energy investments in workforce development, local hiring, and community-ownership."

Long Island, Climate Jobs NY, Regional Director Mariah Dignan said, "When renewable energy gets built, operated and manufactured by unionized workers, it is good for the planet, good for working families, and builds vibrant local communities. Climate Jobs NY is encouraged by the priorities outlined in the State's third offshore wind solicitation and looks forward to working with bidders to ensure project development and supply chain investment plans are creating good union jobs throughout the industry."

To strategically advance offshore wind development in New York and the region to align with Governor Hochul's State of the State priorities, NYSERDA has initiated a New York State Cable Assessment Study to help identify constrained and strategic offshore wind cable routes to access key points of interconnection on the grid as well as the Offshore Wind Master Plan 2.0: Deep Water.

New York State's Nation-Leading Climate Plan
New York State's nation-leading climate agenda is the most aggressive climate and clean energy initiative in the nation, calling for an orderly and just transition to clean energy that creates jobs and continues fostering a green economy as New York State recovers from the COVID-19 pandemic. Enshrined into law through the Climate Leadership and Community Protection Act, New York is on a path to achieve its mandated goal of a zero-emission electricity sector by 2040, including 70 percent renewable energy generation by 2030, and to reach economy wide carbon neutrality. It builds on New York's unprecedented investments to ramp-up clean energy including over $35 billion in 120 large-scale renewable and transmission projects across the state, $6.8 billion to reduce buildings emissions, $1.8 billion to scale up solar, more than $1 billion for clean transportation initiatives, and over $1.6 billion in NY Green Bank commitments. Combined, these investments are supporting nearly 158,000 jobs in New York's clean energy sector in 2020, a 2,100 percent growth in the distributed solar sector since 2011 and a commitment to develop 9,000 megawatts of offshore wind by 2035. Under the Climate Act, New York will build on this progress and reduce greenhouse gas emissions by 85 percent from 1990 levels by 2050, while ensuring that at least 35 percent with a goal of 40 percent of the benefits of clean energy investments are directed to disadvantaged communities, and advance progress towards the state's 2025 energy efficiency target of reducing on-site energy consumption by 185 trillion BTUs of end-use energy savings. 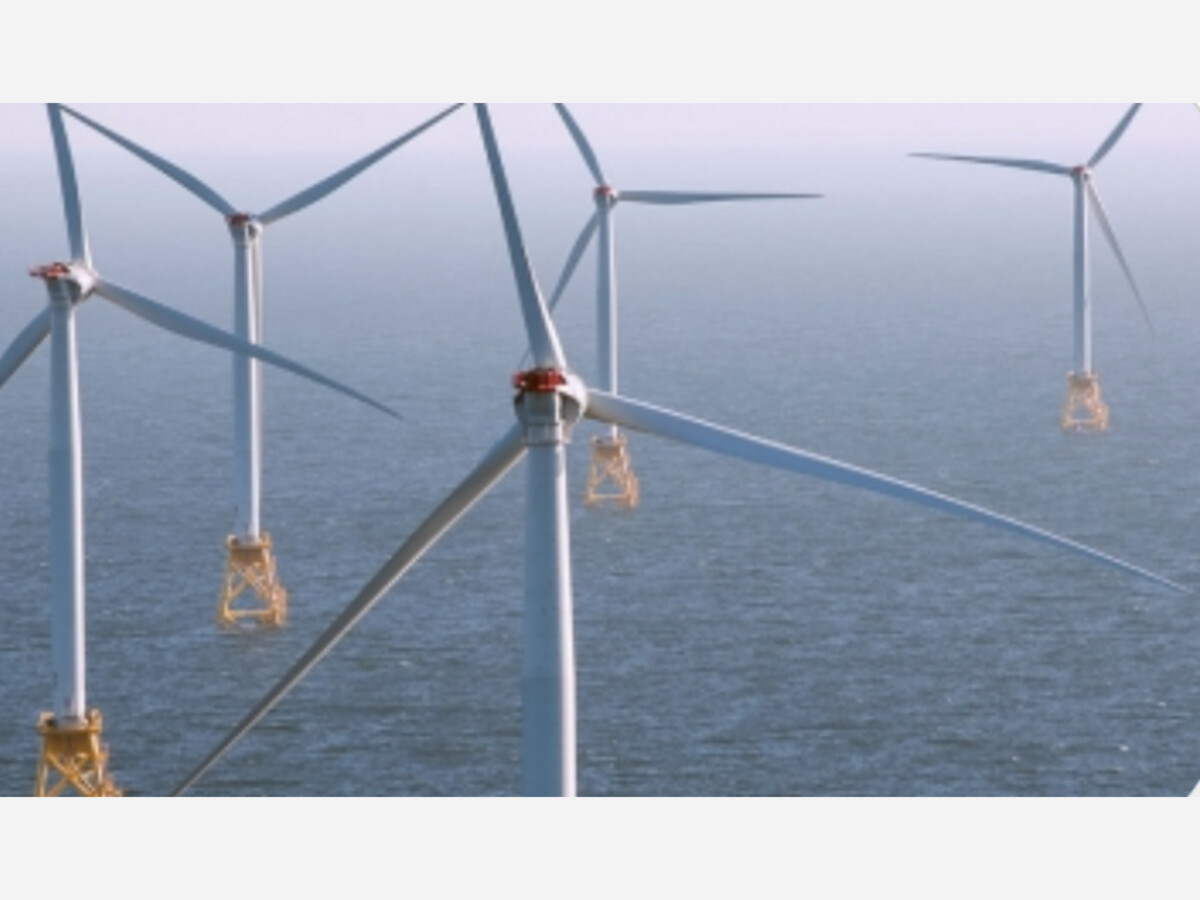